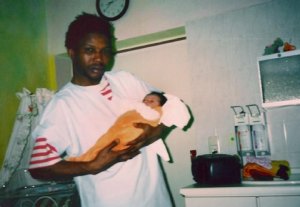 On 27th of October 2015 the Initiative in Memory of Oury Jalloh is calling once more to a press conference in order to exhibit the findings till now, concerning the case of Oury Jalloh, demanding anew that the case be dealt with as a murder case and be investigated thoroughly and to the full.

It is close to 11 years, on the 7th of January 2005 Oury Jalloh, an African asylum seeker from Sierra Leone, was rubbed of his young life in a police cell in the German city of Dessau. The circumstances surrounding his death have not been adequately explained neither by police present at the time of the crime nor by judicial efforts on the side of the German regime. Countless days of hearings in the German courts costing almost half a million euro have proved futile in the case while numerous persecutions and charges against those seeking the truth of Oury Jalloh’s murder have put activists and relatives under enormous pressure. The unprofessional, unreliable, biased and actively manipulated criminal investigations have led to the African Communities, the Initiative in Memory of Oury Jalloh and supporters of their course to believe that the German regime is unwilling to give justice for the murdered African. END_OF_DOCUMENT_TOKEN_TO_BE_REPLACED