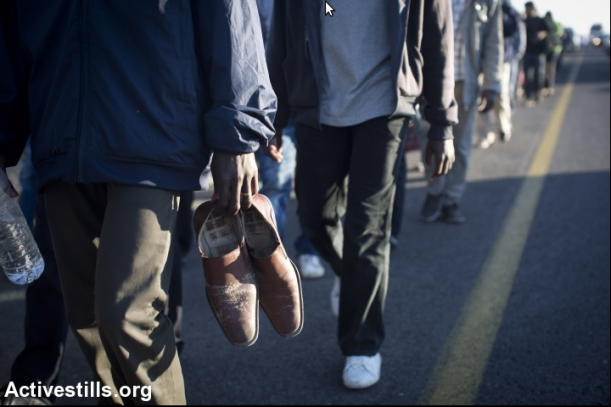 END_OF_DOCUMENT_TOKEN_TO_BE_REPLACED

Indeed, we are going through some intensive days… the trigger that started all this is the amendments of the anti infiltration bill (adopted by the government in respond to the supreme court ruling in September 2013) changing the policy from detaining the asylum seekers in prison to detaining them in an “open facility”. the open facility has no fences but just like the prison – it’s run by the prison authorities, its placed in the desert 60 KM from the nearest city and asylum seekers are required to report three times a day for a headcount. the day after the open facility was open, the refugees started marching to Jerusalem in a protest for their arrest. They were brutally arrested and punished – returned to the “real” prison without their gear nor blankets and – – it’s COLD in the desert… END_OF_DOCUMENT_TOKEN_TO_BE_REPLACED